Cutting Edge NEW Research on the benefits of Light Therapy.

Light-Emitting Diode at 460 ± 20 nm Increases the Production of IL-12 and IL-6 in Murine Dendritic Cells.

Photobiomodulation with Near Infrared Light Helmet in a Pilot, Placebo Controlled Clinical Trial in Dementia Patients Testing Memory and Cognition.

Photobiomodulation and the brain: a new paradigm.

This study focused on treating Traumatic Brain Injury with LLLT. It found that after treatment, mice with TBI had improved memory & learning, increased neuroprogenitor cells, and multiple highly beneficial effects on the brain, indicating that LLLT applications are much broader than originally thought.

Current study analyzing the effects of LLLT & LEDT on physical training performance & post-exercise recovery. The first study of its kind, with the aim of determining the effects of phototherapy and combined training on clinical, functional, and psychological outcomes, as well as on vascular endothelial growth factor.

Evaluation of the effectiveness of the photobiomodulation in the treatment of dentin hypersensitivity after basic therapy. A randomized clinical trial.

This randomized clinical trial found that red light (660nm) significantly reduced dental discomfort immediately after treatment, and continued to demonstrate a decrease for the duration of the study without detrimental side effects.

Photostimulation of mitochondria as a treatment for retinal neurodegeneration.

Influence of low-level laser on pain and inflammation in type 2 diabetes mellitus with diabetic dermopathy - A case report.

Diabetic dermopathy is the most common skin lesion found in patients with diabetes. This case study found that infrared light drastically improved skin lesions and neuropathy in individuals with type 2 diabetes mellitus, and in as little as 21 days, skin colour returned to normal.

The initial findings of this study show that blue light may be effective in treating resistant Staphylococcus infections.

This study aims to prove that combined wavelengths (blue, red & infrared) of LED light is a cost-effective, safe, and portable treatment option for psoriasis.

This randomized, double-blind, placebo-controlled clinical trial found that a single session of phototherapy can reduce pain intensity in patients with TMD, indicating that light is an effective modality in the intervention of pain symptoms and increasing the comfort of patients immediately.

This study investigates the effects of LED light on lung inflammation and found that LED treatment of asthmatic mice reduced lung cell infiltration, mucus production, the oedema, and the tracheal’s contractile response.

The effect of phototherapy on systemic inflammatory process in patients with plaque psoriasis.

This study found that phototherapy treatment in patients with psoriasis affects systemic inflammation by downregulation of the expression of genes encoding proinflammatory cytokines.

© Trina Waller and Western Canadian Health Products Ltd., 2014 - 2017. All rights reserved.  Unauthorized use and/or duplication of this article, and the material contained within, without express written permission from this blog’s author and/or owner is strictly prohibited. Excerpts and links may be used, provided that full and clear credit is given the post author, Western Canadian Health Products Ltd., and WholeHealthatHome.com, with appropriate and specific direction to the original content. 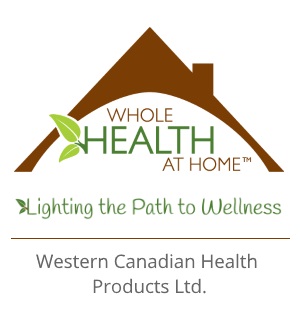